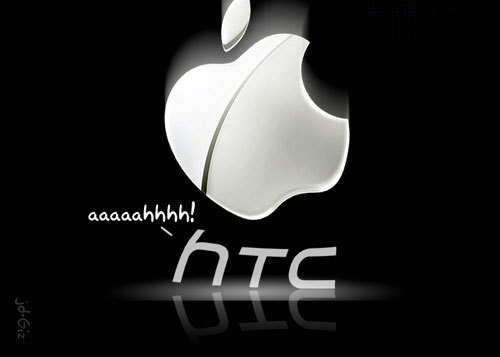 In a recent court battle between Apple and HTC Apple came away with what could be considered a major blow to one of it’s top competitors. So, what’s such the big win here?” Well, within the operating system of the HTC Android it’s operating system is “too” similar to Apple’s iOS in this way:

When an iPhone receives a message that contains a phone number or an address — e-mail, Web or street — those bits of data are automatically highlighted, underlined and turned into clickable links.

Not only has Apple gone after the HTC Android but they could potentialy go after other Androids with a similar operating system. So is this Apple’s warning to other Android devices with a similar software? Well, here’s the downside for HTC Android users: If all goes as planned the HTC Android will be officially banned from the US in April 2012. For those of you worried that your device is on the ban list here’s a run-down of what’s banned: Droid Incredible, Evo 4G, T-Mobile G2, Nexus One and a bunch of older Android devices. Check back in the near future for a full list of banned devices for the above date.

HTC’s Peter Chou had this to say about the lawsuit and the decisions being made right now about the patents:

This industry should not allow one company use its powerful weapon to stop other innovation and take it all…this is not fair.

Rumors are already going around that HTC has started a plan to “go around” Apple’s patent violation by modifying their current operating system.