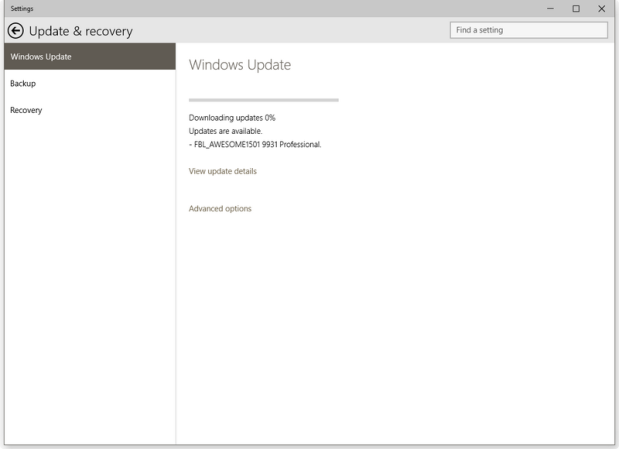 [Update] It seems this is a false alarm folks. You can now stop pressing the Retry button. We’ve just been informed by @GabeAul this upgrade is meant for Microsoft internal. We may eventually get it, but for now, it’s no go.

Earlier this evening there was a tweet from @GabeAul that a security update is released for Windows Insiders for Flash. Of course you when you see this you run to the WU to download the update. For me however there were plethora of updates available including one specifically for Win10 and one for my DisplayLink driver. It all went too fast I wasn’t able to take a screenshot.

However after reboot, I have formed the habit of returning to WU to run the update process again. I will only stop when it tells me there is no more updates. Then I saw you saw there above. Hey Microsoft is releasing the next upgrade to Windows 10 JTP! It attempted to download the FBL_Awesome1501 9931 Pro as you can see above, but it quickly crashed out to give the screenshot below. I think Microsoft is still getting things ready. 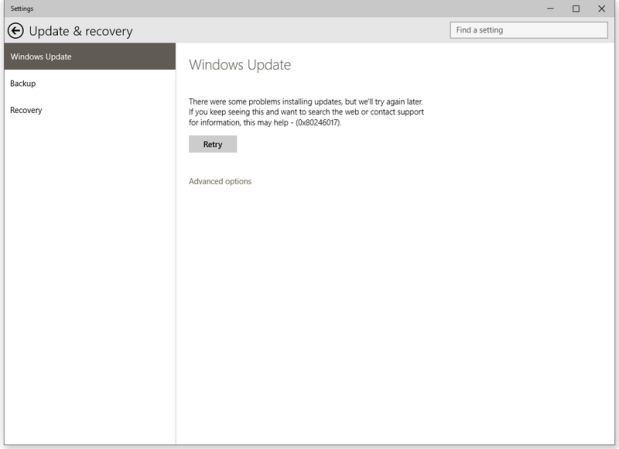