Windows 10 preview build 9860 was released to the public for testing on October 21, 2014, and it includes a lot of hidden gems. Today, I’ll talk about a couple of neat features that people might have not yet discovered. There are new touch features in Windows 10 that makes the desktop much easier to use with touch. 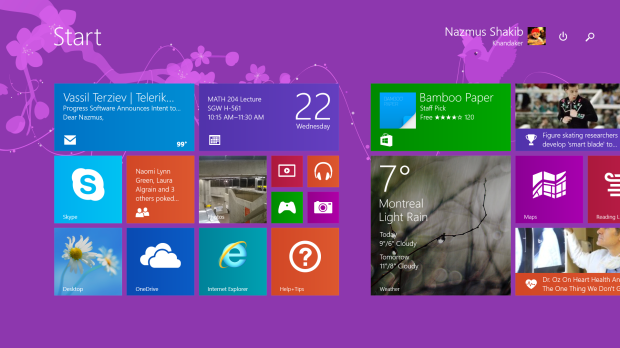 Another small tweak in Windows 10 build 9860 is the ability to swipe from the top edge of modern apps when they are in fullscreen to bring up the app’s title bar. Previously, the title bar of a fullscreen modern app could only be accessed using the mouse.

Thirdly, when a modern app is in fullscreen in build 9860, one can swipe from the bottom edge to bring up the taskbar.

Here is a video demonstrating the new features!