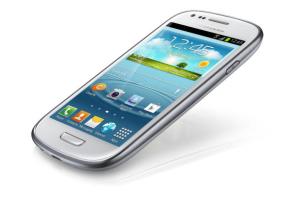 To add to our list of posts on Apple yelling patent violation, yesterday, they dropped their case against the Samsung Galaxy S3 Mini. The case was a part of an ongoing lawsuit between the two companies that earlier involved a line of phones with agreements mirroring the outcome of what happened in this particular case. In a statement regarding the case Apple had this to say:

“Apple will agree to withdraw without prejudice its request to include the Galaxy S III Mini in this case given Samsung’s representation that it is not making, using, selling, offering to sell, or importing that product into the United States”

The phone was found on Amazon last month and was available for both AT&T and T-Mobile users while running Android 4.1 Jelly Bean. Apple and Samsung agreed that if the violation charges were dropped Samsung would not sell or market the phone in any shape, form or fashion in the U.S. Earlier in December, US District Court Judge Lucy Koh denied Apple’s ban that would’ve taken several [26 to be exact] Samsung device’s right to sell in the United States. Though Apple declined to comment on the ruling Samsung had this statement:

“We are pleased that the judge today denied Apple’s move to limit consumer choice, and restrict fair competition in the marketplace” – Samsung

So what’s next for these two technology giants? In summary, Apple has already been rewarded [in judgments] 1.05 billion and they’re attempting to add another 500 million to that number. On the contrary, Samsung is trying to have 600 million subtracted from that number. Once all cases are settled Judge Lucy Koh is believed to be filling the official rulings and more information relating to the cases. Though that will not be the end to every case it will be bring about an end to a battle within the Apple vs. Samsung war.