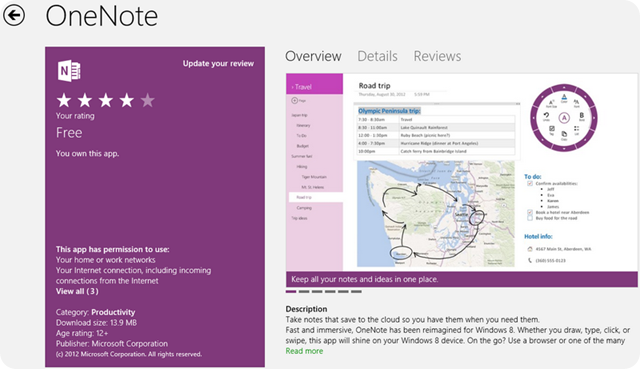 What do you know, there is an update in the Store to my number one App: OneNote, and I missed it completely. Thanks to the Eagle-Eye of my buddy @Windows4Live who caught this in the Store and tipped me. Thanks mate.

As you can see, OneNote has dropped the MX, no more OneNoteMX but just OneNote, and it has also dropped the Preview predicate. It is now a full Metro App from Microsoft having gone through the stringent quality process of Microsoft obviously. I was using this metro version initially, but the pen on the version was not good, and I was creating artifacts on my notes arbitrarily, so I went back to the Desktop version. Now they’ve add the option to this version to turn-off the auto-zoom while using the pen. I guess they are still struggling with turning off the touch when the Pen is in the vicinity of the glass. I really do hope they fix this in the future, palm-rejection in the Desktop version is just marvelous!

In the meantime, I am taking this new version for a spin, if I notice anything new I’ll let you know in an update to this post. In the meantime I’ll leave you with the following:

Take notes that save to the cloud so you have them when you need them.
Fast and immersive, OneNote has been reimagined for Windows 8. Whether you draw, type, click, or swipe, this app will shine on your Windows 8 device. On the go? Use a browser or one of the many OneNote mobile apps to get to your notes when you need them..

Features
Make lists — Quickly write up to-do lists with check boxes.
Draw and write — Use your device’s pen to draw in your notes as you would on paper.
Take pictures — Take photos with your device’s camera to put in your notes.
Customize formatting — Organize your notes with tables, bullets, colors, and more.
Search — OneNote works with Windows 8 search, so you can always find the notes you’re looking for.
Snap view — Need to reference another app or website while taking notes? OneNote can snap to the side of your screen so you can use both apps at the same time.
Paper — Take notes on a white background or change the background of your notes to grid or ruled lines.
Share — With Windows 8 share, you can quickly email notes to friends or send information from other apps directly into OneNote. 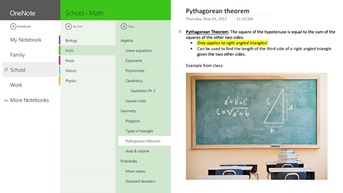 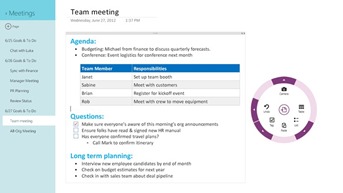 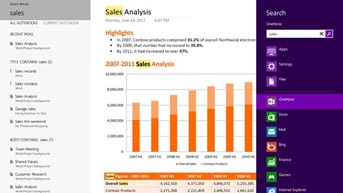 If you’ve got the old version installed, first uninstall it, then download and install this new version.

4 thoughts on “OneNote MX mutates into OneNote in the Store”