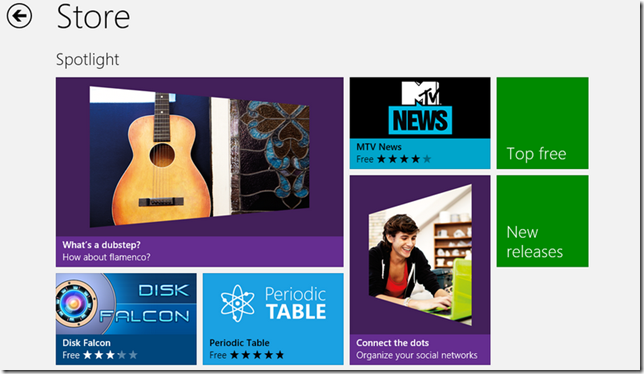 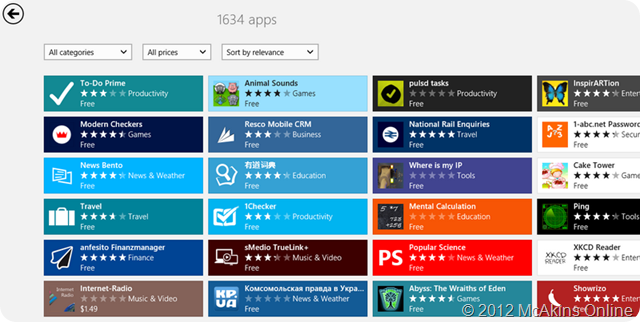 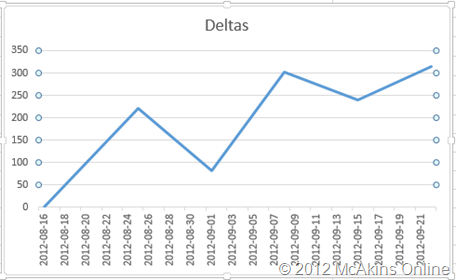 Welcome all and sundry to this weeks latest Store News. In this section I try to inform of activities that has taken place in the Windows Store this past week. As you can see, Microsoft has refreshed the visuals in the Store with fresh category pictures and new Apps being featured. The Store is looking more and more matured and ready for the GA if you ask me. I have added another graph to the Stats showing Total apps deltas with time and this week we have the highest delta week with 315 apps published. Last week we saw a drop to about 250 and I was worried that the Store is loosing its steam, but as you can see I need not worry at all. Especially on Thursday, MS dumped about 150 apps in a day in the Store.

The number crown goes again to the Game category this week. Can you imagine, there are 307 games in the Store at the moment. Second this week is the News and Weather category. I have a feeling we’ll be seeing an explosion in this category as Sites are discovering they could simply convert their sites to Metro Apps. Book and References and Education category also saw a lot of apps this week. Notable is a Company “Sprea Editori” that is filling the Store with Italian Apps. It seems MS just open the dam for Italian apps this week as we seen an influx of various Italian Newspaper apps in the Store. This company has 20 Free apps published in the Store single-handedly this week:

Also the company WAGmob released a few more educational Apps. You can search for these companies in the Store and see their products.

Notable this week is the arrival of other App-Hubs in the Metro Store. First was Intel’s own AppUp Center Hub, published close on its heals is the Softonic App Store. These App Hubs of course only peddle traditional Desktop Apps as can be expected. Question is will they remain a competing force with the Windows Store since Desktop Apps are also listed in the Store. Time will tell.

United Colors of Benetton also came to the Store this week, as well as the apps like AssisDent and Resco Mobile CRM that debuted this week. These are quality apps that are indicating the interest of Companies and Businesses in Windows 8. We are seeing serious business apps in the Store at the moment, which is a good sign for the future of Metro.

The app SocialStudy deserves a mention because its an experiment to remove the pain of creating Educational Flash Cards for Students by bringing FlashCards creation to Social networking. You can share your own Cards like other have, or you can edit and update a card with latest information. That way no-one need to re-invent the wheel as most education materials are mostly fixed.

The app News Bento is my personal favorite in this list as it is my current replacement for my beloved News Reader app Discourse that was pulled with RTM. I am truly happy with this app, and the vendors have assured me that I ain’t seen nothing yet, that the big-bang is coming shortly.

PosterPedia is an app that aggregates all Microsoft Technology posters into one app so you have an easy reference at the your finger-tip in the days of need.

Popcorn Time just dropped yesterday, I haven’t had time to play around with it, but its looking good at this end. It is a good replacement for the IMDB or FlixIt apps that we are missing in the Store at the moment because MS is holding unto them for the GA bang. Try it and see if you like the app. The most curious app this week of course is the unofficial McDonalds Menu App for our Chinese friends. I wasn’t expecting they’ll trump the US in getting the first Menu app into the Store. Please search for those apps in the Store for details, featuring them all in this post will only make the post unnecessarily long.

I know I am found wanting again in my detail analysis this week for app class and localization breakdown. I promise to get to them one of these days. Please forgive me.

Before I leave, I want to leave you with the good news that we’ll be seen an influx of Apps from India possibly. This week MS just nabbed a Guinness World Record in Bangalore for the most Apps being created in one AppFest session. And here you have the Certificate. You can be sure you’ll notice the effect in the Store soon. You can trust me to be on-top of it all for you. In the meantime, have a great week ahead. Namaste people.

P. S.: In the Category of good news is the fact that the TuneIn app is back in the Store, and most importantly it is more stable than before it was pulled. It still crashes once a while, but at least it comes back up. Go get it if you’ve missed it. 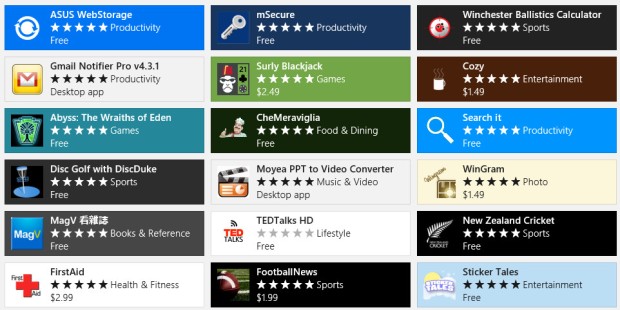 Please allow me to keep this here for a while for Microsoft to fix the Highest Rating bug in the Store!

The picture above shows highest rating report in the Store. According to Microsoft, ASUS WebStorage is the highest rated app in the Store, but when you check its rating, it only has one rating at 5-Stars. Same for the next app and the next. This is obviously an Error MS! How can a developer rating his own app with five-star on his own be highest rated than the likes of MetroTwit App or FreshPaint that was rated by hundreds of people at 4.7 Stars, (or the real highest rated app in the store right now: Fruit Ninja)? Please fix this listing error.