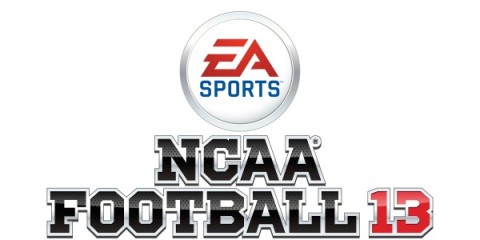 About 4 months ago we released an article called: “NCAA Football 2013: An Insider’s Look”. As many of you know, this game was released on July 10, 2012 and there’s been a lot of talk about it. This game has grabbed the attention [as it always does] of football fans, players, and fanatics from all over the nation. EA Sports has improved the game in many different ways including improving their attention to team traditions, crowd chants, crowd noise, stadium layouts, throwing patterns, and many other key features in a creating a quality football gaming experience. As we reported earlier in the year, EA Sports went to different football events across the country to get their new game and practice noises which have been enhanced along with the graphics. With hundreds of new animations which include new throwing, running, tackling, kicking and a completely new makeover to go along with 2013’s NCAA Football game. Another one of the more talked about features is the new throwing controls. When throwing the ball if you can direct your ball to loft the ball up in the air, aim left or throw the ball behind the receiver. This allows users to have more overall control of the quarterback’s passing accuracy as to where they want the ball placed which gives the game a large boost in its realism.

One of the things that EA Sports has really put a lot of hard work and media recognition into is their Heisman Challenge mode. This new game feature allows you to place any Heisman Trophy winner on any team in the NCAA. There’s 3 sides to this story though, you either hate it, love it, or you don’t really care because you never use it. [Like who would play Herschel Walker at Georgia Tech? No one with any knowledge of the rivalry]

Another trending topic that we discussed in our previous post is how EA Sports went to different college football stadiums and scanned them from the inside and out to get the most accurate display for your gaming experience. This was another topic we covered in our post earlier in the year. EA Sport’s technology team took trips to various stadium and scanned them to get down-to-inch detail of the stadium is constructed.

Rule changes have also played a part in the new version as there have been 2 major changes to the rule book which have been implemented in the newest version of NCAA Football. The first is the new kickoff placement rule.

“…teams will kick off at the 35-yard line instead of the 30. Also, players on the kicking team can’t line up for the play behind the 30-yard line, which is intended to limit the running start kicking teams used to have during the play.”

Explanation for rule change #1: Instead of last year when teams kicked off from the 30 yard line, teams will now kick off from the 35.

“…touchbacks on free kicks will be moved to the 25-yard line instead of the 20 to encourage more touchbacks.”

Explanation for rule change #2: Last year, kickoffs that were “free-kicks” [after scores, start of game, start of 3rd QTR] were placed at the 20 yard-line if a touchback took place. Now in those situations, teams will begin their drive at the 25 yard-line.

One of the continued features from NCAA Football 12 is the TeamBuilder App. This allows users to go online and create their own [high-school or collegiate] football team and customize their logos, field, stadium, players, play-books and jerseys.