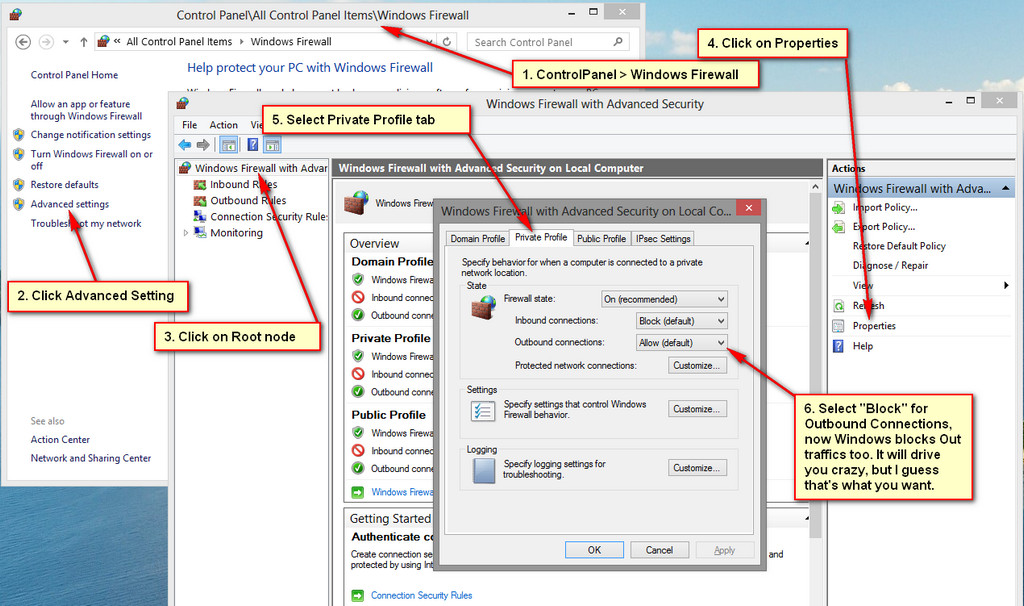 How To Activate Outbound Firewall Protection in Windows 8. Click on Picture so see the whole instruction.

This post was prompted by the need of someone on Twitter who is having issues with ZoneAlarm on Windows 8. Of course ZoneAlarm is broken in Windows8 because ZoneAlarm has been known to dig too deep into the Kernels, and that is not possible anymore. MS is having everyone keep their paws away from the Kernel. So his argument was that there is no Outbound Firewall protection in Windows, told him there has been Outbound Firewall protection in Windows since Vista, only most people don’t know it. Even if you know it, its going drive you crazy if activated since windows will be asking you every second if you want to allow an outbound traffic. At least this shows Windows has Outbound firewalling feature.

For anyone that is driven to this kind of solution, you may be actually better off by running a Network Monitor tool that shows you what is going on in your Network. I have two tools for this, MS Sysinternal’s TCPView and the big gun MS Network Monitor. This tools are more effective in identifying scrupulous apps on your network instead of blocking outbound traffic which can be a pain.