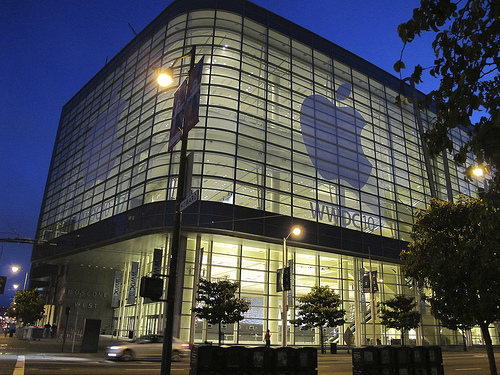 Finally the rumors can finally be laid to rest. Apple just issued an official press release on their website declaring the main motives behind this years’  World Wide Developers Conference (WWDC.) You also will be elated to know that our dear friend, Uncle Steve Jobs, will be seen in person heading up the keynote address which is slated to happen this upcoming Monday (June 6th) at 10AM (the assumption is PST since the timezone wasn’t declared in the press release.)

It has been said that this year, Apple will be focusing more on the software side instead of introducing a new line of products such as the rumored iPhone 4S or 5. Although we will continue to keep our fingers crossed just in case  dear ‘ol Steve has some tricks up his sleeve.

Keep it locked here for further news next week about the happenings from WWDC ’11. But until then, check out the official Apple Press Release below.

CUPERTINO, California—May 31, 2011—Apple® CEO Steve Jobs and a team of Apple executives will kick off the company’s annual Worldwide Developers Conference (WWDC) with a keynote address on Monday, June 6 at 10:00 a.m. At the keynote, Apple will unveil its next generation software – Lion, the eighth major release of Mac OS® X; iOS 5, the next version of Apple’s advanced mobile operating system which powers the iPad®, iPhone® and iPod touch®; and iCloud®, Apple’s upcoming cloud services offering.

WWDC will feature more than 100 technical sessions presented by Apple engineers. Mac® developers will see and learn how to develop world-class Mac OS X Lion applications using its latest technologies and capabilities. Mobile developers will be able to explore the latest innovations and capabilities of iOS and learn how to greatly enhance the functionality, performance and design of their apps. All developers can bring their code to the labs and work with Apple engineers.

Apple designs Macs, the best personal computers in the world, along with OS X, iLife, iWork and professional software. Apple leads the digital music revolution with its iPods and iTunes online store. Apple has reinvented the mobile phone with its revolutionary iPhone and App Store, and has recently introduced iPad 2 which is defining the future of mobile media and computing devices.