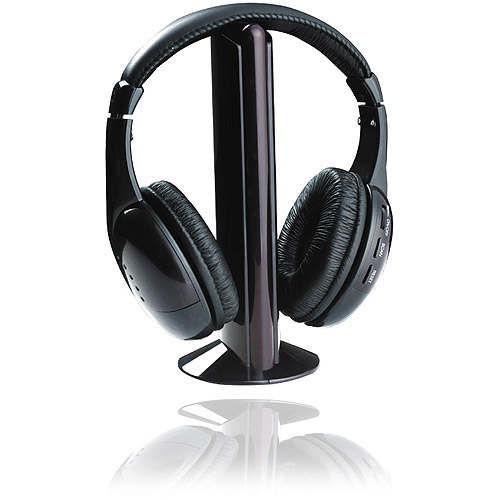 The transmitter has a few options, you can use the Wireless Earphone setting to hear the sounds from a device, use the monitor function to walk away from the transmitter and hear what is going on around it, and it has a Audio Chat function which uses the microphone.

I absolutely recommend these headphones, I have used them ever since I got them, one thing I do recommend is to get some rechargeable triple A batteries. I have gotten them and kept them charged and it makes a big difference, you can tell when the batteries are dying because it makes static. The only problem I have with these headphones is sometimes if there is interference (I tried using them at band practice and it was connecting to the wireless microphone we were using) and it doesn’t work very well. But everything else is great. I also got these for Christmas but they are only 20$ at Walmart.